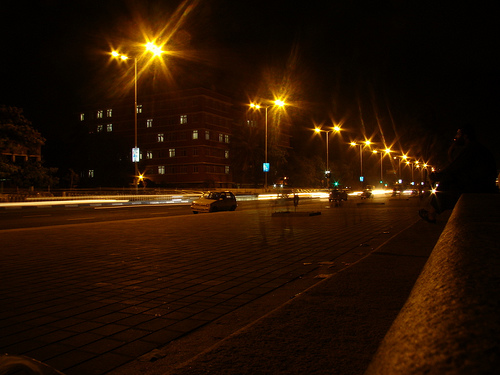 Since a large percentage of citizens own and drive their own vehicles, most individuals forget that driving is a responsibility and not a privilege. People aren’t born with the right to drive. They need to get through driving school and pass standardized driving tests. Once they are given their licenses, they can keep these as long as they follow road rules and regulations. If they break traffic rules, authorities can suspend or revoke their licenses. A young driver should understand all of these. In addition, he must be street smart while driving too. Below are a few tips that will help teens to become smarter and safer drivers.

Some young drivers don’t like putting their seatbelts on because they think that it’s not really needed. But if you have a kid who just got his learner’s permit, then you should tell him to buckle up even though he is just going to a classmate’s house which is just a few blocks away. Seatbelts have saved hundreds of lives and have kept many protected from the brunt of car collisions.

2. Don’t Ever Drive After Drinking.

Let’s face it – there are a lot of teens who get drunk while partying. So, what should you do if your kid is going to a party and you just know that there’s going to be beer and alcohol? Well, you can’t have your child locked up at home because you don’t want him to get drunk. One thing that you can do is to explain to him the negative effects of drinking. Then, make sure that he understands how dangerous it is to drive while impaired. He should also know that DUIs are pretty serious offenses that can land him in a juvenile facility.

3. Avoid Distractions While Operating a Vehicle.

There are so many things that can distract a driver, including modern gadgets, like cell phones and laptops. Some teens have also mastered the art of applying make-up while driving, which some believe is actually kind of cool. But it’s not; it’s in fact very dangerous since a distracted driver can cause a road accident that can lead to serious injury or death. Therefore, young drivers must be taught to turn off or ignore electronic devices and to focus their entire attention on driving.

4. Do not Drive When Sleepy or too Tired.

If a teen drives when too tired or sleepy, he can nod off when on the road and cause an accident. Young drivers, and even seasoned vehicle operators, must avoid driving all night without resting. Sleep is needed in order for a person to be more focused and alert. When sleepy or exhausted, a person’s reflexes become inhibited, and so he might not be able to react quickly if needed. For teens, the best solution is to ask their parents to drive them around if they feel too tired to do so. As for adults, if they really need to drive at dawn or late at night, then they should seriously consider purchasing a stay awake device that either emits an alarm or vibrates when it detects that a driver is nodding off.

[box_light]Claire Wolfe is a full-time freelancer who regularly writes about law-related concerns. Through her articles, she hopes to spread information about how a Spokane auto injury lawyer can help those who have been involved in auto accidents.[/box_light]