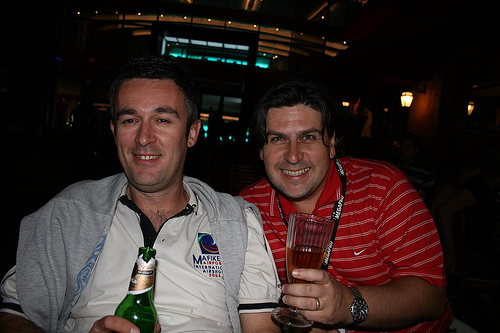 5 Phases Of Intoxication: Knowing Where You Stand (If You Are Still Standing)

Going out to have a good time and grabbing a couple of drinks is often the best way to relax after a tiring and stressful week. However, it’s when the focus is less on having a good time and more on drinking that the whole thing starts going downhill. Bartenders and waiting staff are trained to recognize when a customer needs to be cut off, based on their level of intoxication. You can save them, and yourself, a lot of trouble by determining how much you have had to drink and when you should call it a day. Here are the 5 phases of intoxication that you can expect on a night out of drinking.

The intake of alcohol is, almost without fail, accompanied by a heightened sense of joviality. In truth, this is perhaps the number one reason for alcohol consumption around the world. While it is true that many people do enjoy having alcoholic beverages like whiskey and beer for their taste, it doesn’t hurt that they also bring a sense of great happiness. While in this phase, feuds are forgotten and an overall sense of well-being is almost certainly prevalent.

The ‘Let’s Open a Bar’ Phase 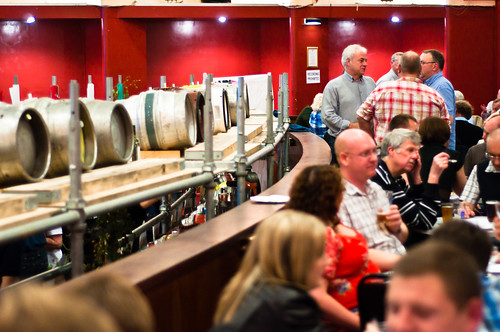 We know that alcohol impairs judgement, but more often than not, it does lead to fun conversations. Eventually, the conversation does reach its peak when everyone involved thinks it is a great idea to pool in their resources and open their own bar. Needless to say, this is perhaps one of the first signs that you are at a stage where alcohol consumption is starting to cause poor judgement. Normally, this is a good time to cease further alcohol consumption.

Right after poor judgement settles in, physical impairment is not far behind. Simply getting off the stool to grab another pint may seem like a triathlon; successfully balancing the pint and yourself while returning back to your friends is a completely different story. This is the phase where people are most likely to hurt themselves. The alcohol streaming through your veins may help dull the pain significantly, but you still have to deal with the consequences in the long-term. There are many instances when people have hurt themselves pretty badly, but did not seek immediate medical attention; their state of inebriation prevented them from determining just how serious the injuries were.

The ‘Stuff Drawn on the Face’ Phase 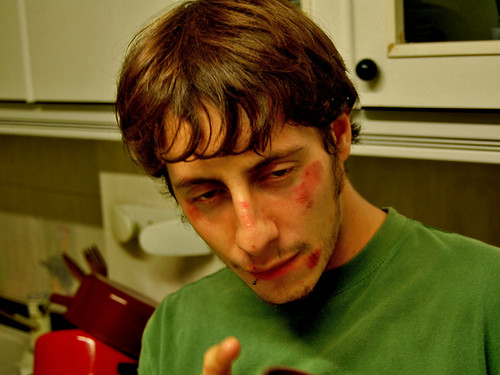 After you have consumed a certain amount of alcohol, you will pass out. As you can expect, this leaves people in a very vulnerable situation. If you have been drinking with friends and were the first one to pass out, you will most likely suffer the indignity of having things drawn on your face with a permanent marker. It may have been a fun night, but having to wear a cap all the time to hide the cuss word on your forehead is too heavy a price to pay. Of course, that is generally the best case scenario; passed out people are generally the easiest targets for criminals and miscreants. 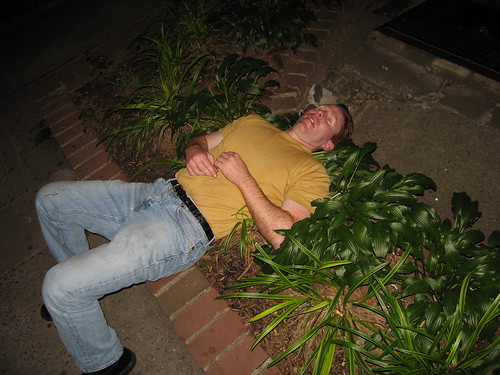 It is possible for a night that starts off in a jovial mood to turn into a nightmare. Death due to alcohol poisoning is very much a reality and it has taken its fair share of lives. It is not uncommon to see emergency rooms in hospitals being inhabited by people who were rushed in to have their stomachs pumped. Even if the doctors save them, drinking on such a scale causes permanent damage to the body, especially the liver.

Hopefully, knowing about the various phases and being able to identify them will help you stay within the limits and out of trouble.

[box_light]The author of this post, Jenny Wadlow, is an active blogger who writes for Somers Elite Training, a company that provides excellent Responsible Service of Alcohol (RSA) course in Melbourne. She loves going out with her friends for a few drinks at the end of a stressful week. You can follow her on Twitter @JennyWadlow.[/box_light]