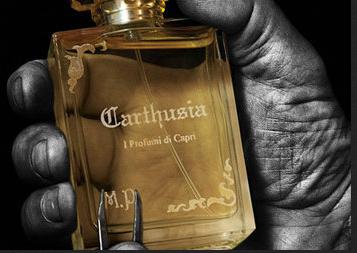 Since Roman times, Capri the island of dreams has been considered to be a fascinating oasis. The fragrance of carthusia actually originated on the lovely island of Capri from the old monastery. The formulas revived in this perfume are monks found age-old formulas, which essentially developed into the current collection of fragrances.

The international distribution of carthusia started in the year 2000 when four fragrances were reworked by the perfumer Laura Tonatto. These four perfumes included Mediterraneo, lo Capri, Fiori DI Capri, and Ligea La Sirena. Besides these, there are many other fragrances in carthusia, among which the recently included are caprissimo, Carthusia lady, Gelsomini de Capri, Capri forget me not, and Prima DI Teatro DI San Carlo.

The Fragrances of Carthusia:

The formulas for making these fragrances are quite old and almost all the preparations are made from the genuine products. All these products are of high quality and even the end product is hand wrapped. The essence deduced from rosemary picked on Monte Solaro is used normally in the manufacturing of men’s products. On the other hand, the essence derived from Capri wild carnation is used typically is women’s fragrance. The earliest edition of the carthusia fragrances was created in the year 1990, while the latest edition was created in 2013. The main mind behind all the carthusia perfumes is Laura Tonatto.

[box_light]Milena Mastellone is an advertising consultant from Messina and regularly writes review articles on perfume and fashion and currently owns a perfume shop.[/box_light]