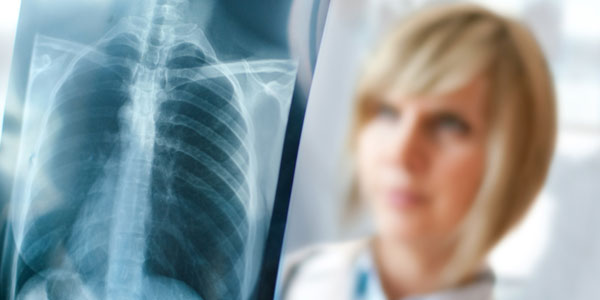 Around 2300 people are diagnosed with Mesothelioma in the UK each year.  The most common cause of Mesothelioma is exposure to asbestos.  Mesothelioma usually develops between 15 to 60 years after the initial exposure to asbestos and the symptoms often imitate common illnesses such as coughs, breathlessness, fatigue, hoarseness and fevers.  Because Mesothelioma lies undetected for so long, once the diagnosis has been made, the cancer is usually at an advanced stage leaving the patient with a grim prognosis.

Deaths from Mesothelioma continue to rise in the UK with most deaths occurring due to past occupational exposure to asbestos.  In 1999 it became illegal to use asbestos in the UK as more information regarding the health risks related to its use became more apparent.  The number of Mesothelioma deaths has increased from 153 in 1968 to 2347 in 2010.*       In 2016, it is predicted that the death rate in male Mesothelioma cases will peak at approximately 2100.  For females, the death rate should be lower than the male death rate and should come after the 2016 male peak due to less exposure to females in the male dominated building industry.

Who are Most at Risk From Contracting Mesothelioma?

During the 1950’s asbestos became a very popular material used by the building industry due to its strength and flexibility and its ability to withstand heat and fire.  The main use for asbestos was in floor and wall tiles and insulation in walls and in boiler rooms.  If asbestos is damaged or handled incorrectly, it can release fibres in to the air, which if inhaled, could lead to mesothelioma.  People who have been exposed to these fibres are the most at risk from contracting mesothelioma.   There are other people who have contracted mesothelioma due to living within close proximity of asbestos plants, and by washing clothes worn by people who have been exposed to asbestos fibres.

Is There Any Cure for Mesothelioma?

At the moment, the disease is incurable.  The treatments administered by doctors are designed to make the patient as comfortable as possible with the focus aimed at improving their quality of life.  The earlier the cancer is detected, the better chance of treatment which can prolong the life of the patient.

What is Being Done About Mesothelioma?

As mentioned above, it is now illegal to use asbestos in any form in the UK.  However, because of its widespread use in the building industry in the past, there is still a lot of asbestos about, which if it remained untouched and undamaged is largely safe.  The fact that it has caused so many global fatalities has prompted the Health & Safety Executive to issue licences to specially trained contractors who deal with the removal of asbestos.  This is helping to reduce the exposure of asbestos to unaware tradesmen and women.

[box_light]Jonathan Fieldstead has written a number of articles on Industrial Disease Compensation and is a lover of football.[/box_light]