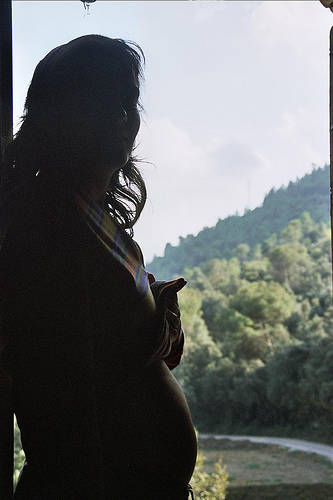 Pregnant women worry about so many things. If you are with child, then you know how anxious you could sometimes feel, and that is to be expected because so many things occur inside your body that you really have no control over. It’s natural to worry about how your baby is developing, or you might also agonize about what you’re doing or what you’re exposed to since you really don’t know how some aspects could affect your child’s growth. Although most of the time, there isn’t a cause for worry, there are still a few external factors that could harm fetal health, and one is pesticide.

When someone tells you that the pesticide that he is using is quite “safe”, always take this with a grain of salt. If a chemical can kill roaches, ants or termites, then it is very possible that it could also be harmful to human as well as pet health. It’s vital to minimize pesticide exposure particularly during pregnancy because chemicals can cause various health issues, such as the following –

There are pesticides that cause hormonal imbalances, which can then make the affected fetus at risk for certain conditions. Females could develop endometriosis or fertility problems, or they could undergo precocious puberty, wherein the onset of puberty is earlier than normal. For males, the most common conditions that develop due to hormonal imbalances include hypospadias, undescended testicles, and reduced sperm count.

Children of mothers who have been regularly exposed to pesticides during pregnancy are more likely to develop blood cancers. The most common type is ALL or acute lymphocytic leukemia. Some kids grow up without being affected by cancer. However, there are a few adolescents who develop testicular or ovarian cancer, Wilms’ tumor, or non-Hodgkin’s lymphoma.

Most chemical pesticides are known neurotoxins. Fetal exposure can cause developmental problems, such as neural tube defects and other brain abnormalities. For instance, a child might have learning disabilities. Reduced coordination and low IQ are possible results as well.

There are various kinds of physical defects that could occur because of pesticide exposure. One example is limb reduction defect. When a baby is exposed to chemicals in utero, his upper or lower limbs might fail to develop completely. A child with such a condition might have one arm that’s smaller in size than the other, or his leg or arm might be entirely missing. Cleft lips or palates are also common forms of birth defects that are more likely to occur in children whose mothers were exposed to dangerous chemicals.

Preterm babies are those who are born before 37 weeks. There are more risks to an infant that is born prematurely primarily because his bodily systems are still not mature enough to handle stress and vital environmental changes. This could make it harder for him to acclimatize to the world outside the womb. Furthermore, being born preterm can also have an effect on cognitive ability, and this can also cause future health problems.

[box_light]The article is by Claire Brent, a full-time freelancer who often tackles issues about pest control. She hopes to provide more information to people who are dealing with pest problems, and you can click here to learn more about how to manage infestations.[/box_light]