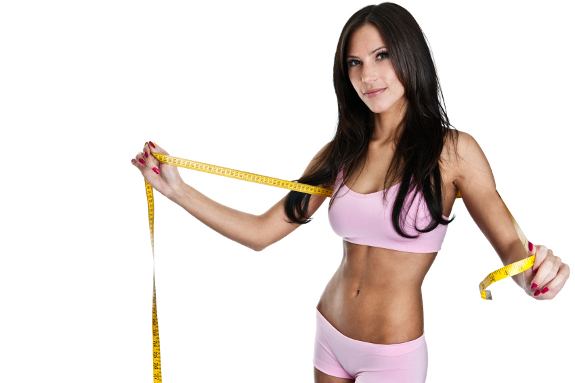 Being overweight is one of the growing problems in the world. In 2012, statistics from the world health organization show that more than 65% of males and females in countries such as the United States, Canada and Australia are overweight. This poses a problem since people with excess weight problems also have increased risks of acquiring diseases such as diabetes and cardiac problems. Not only that, overweight people tend to have a low self esteem, depression issues and disturbed body image, especially with the mind-set on the ideal body established by the media and the current society as a whole.

Numerous weight loss programs have been introduced aiming to reduce the excessive fat accumulation in obese and overweight patients. One method is a change in lifestyle practices that may increase fat utilization into body fuel through exercise regimens, reduction and control of over-all caloric intake by diet programs. Pharmacological treatment have also been utilized which includes medications such as Meridia (sibutramine hydrochloride) which decreases appetite by inhibiting the uptake of serotonin and norepinephrine, Xenical (Orlistat) which reduces caloric intake by inhibiting the digestion of fats, and Acomplia (Rimonabant) which plays a role in metabolism stimulating weight reduction and decreases the risk of cardiovascular diseases. Behavioral changes are also part of the regimen especially on incorporating treating obesity to one’s daily routine.

These different methods of reducing weight and treating obesity has been found to have a set-back in one aspect or another. Lifestyle changes have not had that good of a record when it comes to success rates, especially since changing one’s lifestyle altogether would require a huge amount of determination and commitment. Pharmacologic treatments, on the other hand, produce side effects such as nausea, depression and increased blood pressure among others. This is where Dr. A.T.W. Simeon’s research on the HCG weight loss program comes in.

In 1972, Dr. A.T.W. Simeon published his work called Pounds and Inches which talked about a weight loss program that concentrated on the injection of Human Chorionic Gonadotropin, a hormone mainly found in the urine of pregnant women. According to Dr. Simeon, the injection of this hormone in the body would generally bring about fat redistribution from parts where abnormal deposits usually accumulate to parts where fat may be readily used by the body, and it would reduce the person’s appetite which would then lead to weight loss in the individual. Compared to other methods of weight loss such as lifestyle changes and pharmacological management, the HCG weight loss program is purported to have a high success rate evidenced by observational studies from people who have tried the regimen and it is said that thousands of men and women have been safely using the HCG weight loss program and reports of side effects to the human body were rare. These improvements from previous weight loss methods have led to the HCG weight loss program’s rise to recognition among weight loss enthusiasts in the world.

The HCG weight loss program promotes weight loss by daily injection of human chorionic gonadtropin during the period of treatment, supplemented with a 500-calorie diet restriction. The regimen itself consists of 26 – 43 days of treatment with 23 – 40 daily injections depending on the weight loss desired. This period is composed of two loading days, the treatment proper or the start of the 500 calorie diet and then the three extra days after the regimen which allows the body to adjust with the gradual decrease of HCG in the system.

The first and second days of treatment are also known as the loading days. During this time, the daily HCG injections are administered but the patient is encouraged to eat anything that he or she desires within the patient’s capacity of intake. Daily caloric intake is reduced to 500 calories per day starting on the third day. A sample daily meal plan may include 100 grams of protein and one small fruit twice a day and 2 servings of vegetables. Though the amount of food in this meal plan may seem scarce and impossible to follow, users of the HCG weight loss program have reported that this meal plan is, in fact, more than what they could eat in a day. These reports could be correlated to one of the aforementioned discussion by Dr. Simeon that the HCG in the body could reduce one’s appetite and intake capacity. This diet restriction continues within this 3 day period after the last HCG injection has been administered in order to prevent sudden weight gain at the end of the treatment. After this treatment period, the patient is to rest for three weeks without treatment but is advised to still control his or her caloric intake. After three weeks, the patient starts the treatment again. The cycle continues until the ideal body weight is achieved.