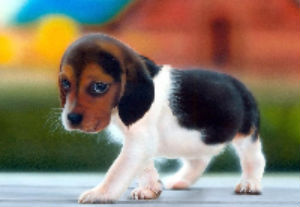 In a move which has sparked universal praise and excitement, a Spanish University have released evidence to show that five dogs have been completely cured of type 1 diabetes. The five beagles showed no symptoms of the disease, no longer requiring insulin shots or demonstrating any secondary side effects after the treatment, with two of the five dogs still alive over four years after the injections.

The successful treatment, pioneered by the Universitat Autonoma de Barcelona (UAB) is the first of its kind to be show long-term results in large animals. The UAB had previously treated type 1 diabetes in mice but the move to curing dogs of the disease by utilising gene therapy is the first successful trial of its kind.

What Does This Mean For Humans?

It should be noted, however, that this specific form of treatment might not work in the same way when performed on humans as on dogs. This is because the dogs’ pancreas was chemically destroys, whereas in humans the pancreatic cells are destroyed by the body’s immune system misfiring. The long-term aim is to discover how this treatment will affect humans, as the battle to find a cure for type 1 diabetes continues.

Considering the devastating effects of diabetes, it is quite remarkable that these beagles were cured from one series of minimally invasive injections into their hind legs. So how exactly was this achieved?

The dogs were treated by utilising an experimental form of gene therapy. In layman’s terms, gene therapy alters DNA at a base level, repairing mutated genes or inserting completely new DNA in order to combat the disease.

In this case, two genes were injected which combined to create the properties necessary to eliminate the effects of type 1 diabetes.

The first gene expressed insulin, while the other, glucokinsane, is vital for processing glucose. When only one of the genes was injected without the other, the treatment failed, meaning that both are required in order for the treatment to be successful. The genes working in unison provide a glucose sensor, regulating the uptake and also reducing the blood’s glucose levels when required. This is vital in diabetes sufferers, as the pancreas is no longer able to regulate as necessary.

Looking to the Future

Now that the UAB have achieved such promising results from large animal trials, the treatment looks set to be rolled out into the veterinary world, with the hope of it eventually making the transition into treating human diabetes sufferers.

[box_light]This post was provided by JDRF. JDRF are a charity dedicated to helping those affected by type 1 diabetes.[/box_light]