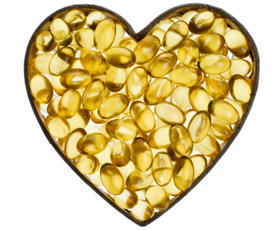 It’s now very common for people to take supplements on a daily basis. Whether it’s a multivitamin pill with breakfast, or a protein shake after a workout, consumers no longer rely on conventional foods for all their health needs. But although there is plenty of awareness of the benefits of vitamins and minerals, health-conscious individuals may not be so knowledgeable of the different oil supplements that are available. Read on for a basic introduction to the fats that we need for optimal health.

Readers will most likely have heard plenty about omega 3 fats, but unfortunately this experience will have been confined mainly to advertising. Some sources paint omega 3s as a miracle cure, but what is their real usefulness?

The benefits of omega 3 acids, which are usually found in fatty fish, may be separated into two categories – proven and possible. Mainstream medical evidence currently indicates that omega 3 consumption aids patients with high cholesterol, coronary heart disease, and high blood pressure. There have also been benefits shown in less weighty conditions, such as psoriasis. This has led health authorities all over the world to recommend regular consumption of fatty fish, usually one or two servings per week, which seems to support the notion of omega 3 supplementation.

Debate rages on, however, over a whole range of diseases from cancer and Parkinson’s to depression and schizophrenia. Evidence supporting omega 3 supplementation for 27 illnesses ranges from promising to dubious. For example, smaller studies have shown a link between fish oil supplementation and improved mental health in individuals with schizophrenia. Most excitingly, one very large study of 35,000 women showed a link between fish oil consumption and a 32% reduction in the risk of breast cancer. However, more research is needed before anything can be stated with certainty.

If you do decide that omega 3 oils would be a good addition to your diet, try to utilise fish oil as a source. Whilst these fats can be found in non-animal sources, such as flax seed, the bioavailability is far lower and so these plant-based solutions are less efficient.

Many women will have heard of the benefits of Evening Primrose Oil. This healthy fat has been used for years to treat hormonal imbalances arising during the menstrual cycle and menopause. Though the use of Evening Primrose is still widespread, some producers have turned to starflower oil (also known as borage oil) as a more efficient source of the key ingredient. That ingredient is gamma linolenic acid, or GLA. GLA has been used for generations in traditional medicine as an anti-inflammatory, and its use as a treatment for eczema and other skin conditions is supported by scientific evidence. Women who wish to take advantage of the substance’s effects on hormonal wellbeing would be well advised to utilise starflower oil over its less efficient rivals.

[box_light]Thomas Jones is a freelance blogger and nutrition enthusiast. He is currently writing on behalf of Seven Seas, where you can buy starflower oil online.[/box_light]