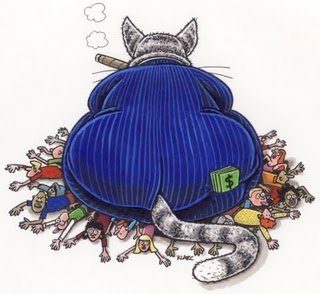 World’s Heaviest People are From the United States

Almost everyone has probably heard the statistics regarding obesity in the United States. No other country has such a high percentage of obese citizens. When I first looked at the most recent statistics released by the Center for Disease Control, I was dismayed by the high number of Americans that are suffering from health problems related to obesity. Although I had heard vague references to America’s weight problem I had no idea how serious it had gotten. One of my first impulses after reading the CDC report was to see how America compared to other countries.

My desire to see where other countries ranked in comparison to America was fueled by a combination of national pride and morbid curiosity. I was secretly looking for any standard or measurement that would not leave America as the most obese country. I was momentarily relieved when I read about a man from Mexico, Manuel Uribe, who weighs 1,320. I thought for sure that he must be the heaviest man in the world but I double checked just in case. What I found out is that not only was the world’s heaviest man not from outside of the United States but 11 of the world’s 12 heaviest people were/are U.S. citizens. Here is the list to prove it:

What is the most troubling about all of these statistics is that obesity is also the America’s leading killer. Heart disease, which is most often caused by obesity, kills over 900,000 Americans every year. Many of the people on the list have already died because of health problems related to their weight. When all of this information is taken into consideration losing weight becomes more than a matter of looking good, it is a matter of life and death.

Fortunately, the CDC’s most recent report shows that the average American man weighs about 191lbs—a much safer weight to be at. I was initially surprised by the average weight (thinking it would be higher) but then I realized that I had been mentally lumping all of the nation’s obese into one big group. The fact of the matter is that many Americans are on the verge of obesity and with determination, a change in eating habits, natural weight-loss supplements and increased exercise, they can avert the health problems that obesity causes.

[box_light]About the Author: Paisley Hansen is a freelance writer for LiveTRu and an expert in health and beauty. When she isn’t writing she can usually be found reading a good book.[/box_light]